No, that's not a typo. The term "Galentine's Day" was popularized by the hit sitcom "Parks and Recreation," and it's a celebration of female friendship that happens on February 13. As we focus on women and aging this year, Galentine's Day has become especially meaningful.

Almost half of older women (45%) age 75 and over live alone, so friendship is an important part of mitigating loneliness. We asked three groups of women from our Golda Meir House about their friendships, and got to hear some wonderful stories about how they met and what their relationships mean to them. 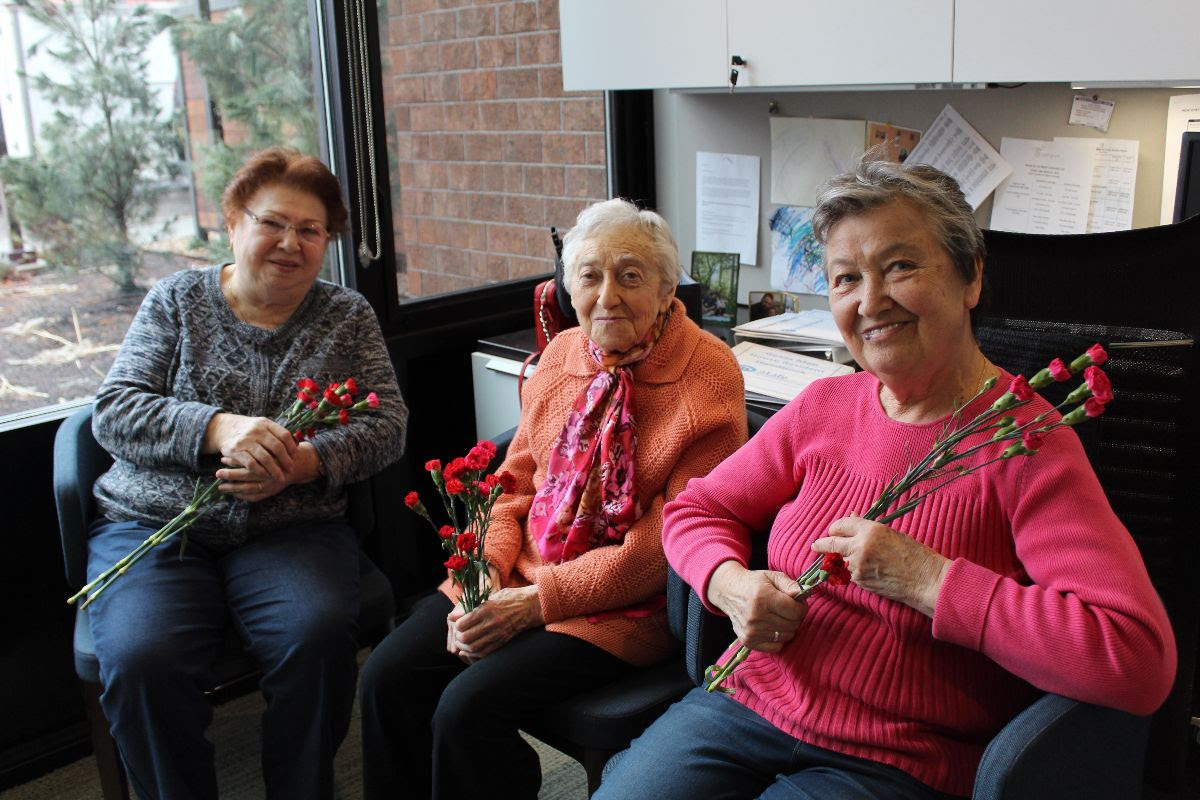 Rebecca: Well, it all started with a Camden, Maine sweatshirt! Helen was volunteering at the front desk. We struck up a conversation and realized we were both sailors. Helen actually lived on sailboat.

Anna: When I first moved in, Ms. Ming introduced herself by bringing me a homemade pastry I haven’t seen in years. It was something my grandmother used to make for me when I was a kid. It must have been sixty-plus years since I had eaten it last, and I felt immediately at home.

Faina: When I first moved here, Zhanna made sure to take me under her wing and introduce me to everyone. She didn’t just point out where everything was, she took the time to show me around the entire building. This is where you get your mail, this is where we have exercise classes, even showing me the Russian garden. She is the core of this group, a Mother Theresa!

On average, women in the U.S. live a full five years longer than men, so female friendships can become even more important as women age. Anna said her female friends make 2Life feel like a family, and the women all spoke of feeling like they're having a second chance at life. Different women, from different countries and cultures, and they all agreed: No matter where life takes them, through ups and downs, sickness and health, their friendships stay constant.